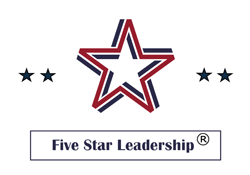 Voluntary turnover of valuable employees is costly in many ways to organizations. Organizational leaders should consider human resource development (HRD) practices to mitigate these expenses. Even the intention to quit without actual departure can be costly. The problem considered here was that there lacked research regarding the use of a specific set of leader behaviors to lower voluntary turnover intention (VTI) which in turn could reduce costs both pre-departure and post-departure. Leaders can learn effective use of appropriate behaviors, empowering the leader to actively participate in producing the desired goal of lower VTI. The purpose of this quantitative study was to examine the direct relationships between five transformational leadership theory based relations-oriented behaviors and VTI and whether leader-member exchange quality (LMX) mediated this correlation. Leader relations-oriented behaviors are individually positively related to LMX, LMX is negatively related to VTI, but no study had examined the direct relationship between this set of behaviors and VTI, nor the mediation of those correlations by LMX. Results of such a study would inform HRD leadership development programs in the use of these behaviors and of how LMX is central to the program results increasing the likelihood of positive outcomes of lower VTI in the workforce. Zero-order correlations of (a) the five behaviors and VTI and (b) LMX and VTI were performed. First-order regression was performed for each behavior's correlated relationship to VTI as mediated by LMX. The 192 participants were salespeople drawn from both purchased email lists and attendees at sales training events; email and written invitations to participate led participants to a SurveyMonkey® web page containing the survey instrument. The primary results were finding correlation between VTI and six variables as follows: supporting (β = -.46, p < .01), recognizing (β = -0.27, p < .01), developing (β = -0.41, p < .01), consulting (β = -0.44, p < .01), delegating (β = -0.39, p < .01), and LMX (β = -0.47, p < .01). LMX as a mediator explained percentages of the relationship between the five relations-oriented behaviors and VTI as follows: supporting (42%, p < .001), recognizing (100%, p < .001), developing (58%, p < .001), consulting (46%, p < .001), delegating (63%, p < .001). It was recommended that HRD professionals focus on helping leaders learn how to use the five studied behaviors so leaders interacting with each team member achieve the positive outcomes of (a) lower VTI, and (b) enhanced LMX quality. Use of the five leader behaviors would correlate with higher LMX which is shown to be a strong mediator of the relationship between the five behaviors and VTI. Researchers should replicate these results in occupations other than sales and also in geographies other than the United States. Further, LMX should be included as a possible mediator in studies of leadership behaviors and outcomes to test the strength of LMX theory as central to organizational leadership success rather than reliance on only the behavior to correlate with positive organizational outcomes.

To unsubscribe, reply to this email with "Unsubscribe" in the subject or at the top of the body.

When you subscribe to the blog, we will send you an e-mail when there are new updates on the site so you wouldn't miss them.

For Eagle Scouts
Are they interested in improving? Journal of Medic...

More posts from author
Thursday, 10 June 2021 What You Need to Know Before Adopting Servant Leadership
Sunday, 23 May 2021 Consider Apologizing to Employees
Sunday, 02 May 2021 Use Leadership Skills That Apply To Behavioral Economics To Avoid The Sunk Cost Fallacy
Send A Message